Feb. 10, 2015: We’ve scoured the Web to find the best and most compelling animal stories, videos and photos. And it’s all right here. 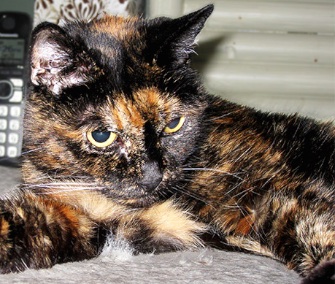 Next month, tortoiseshell cat Tiffany Two will celebrate her 27th birthday, making her the world’s oldest cat, according to Guinness World Records. Her owner, Sharon Voorhees, said she bought Tiffany from a pet shop in 1988 for $10 when the kitty was 6 weeks old — and calls it the “best money ever spent.” Although the cat is the equivalent of 125 years old in human years, she still has good sight and hearing. During her long life, she went missing for two full years, but is now described as inseparable from Voorhees. Her owner says she has a sweet demeanor and loves to be petted. “She’s not afraid of anything or anyone. She walks right past the dogs, she’s very feisty!” Voorhees told Guinness. The oldest cat ever record was set by Crème Puff from Texas, who lived to be 38 years old. — Read it at io9.com

Study: Cats and Foxes to Blame for Australia’s Extinctions

A new study finds cats and foxes brought to Australia by European settlers are the main culprit in the continent’s extraordinarily high extinction rate. More than 10 percent of land mammal species endemic to Australia have been wiped out since the settlers arrived in 1788. "We knew it was bad, but I think our tallies were much worse than previously thought," said John Woinarski of Australia’s Charles Darwin University, who was one of the study’s authors. "The fact that we’re losing such a large proportion of our species is a problem of international importance." The study was published in the journal Proceedings of the National Academy of Sciences. — Read it from the AP via Yahoo

Veterinarians Fight to Save Heroic Dog

Firefighters found Carmen, a 9-year-old Boxer, lying on top of her owner in the basement of their Cincinnati home during a blaze Thursday. They believe she was trying to shelter Ben Ledford from the heat, smoke and flames, but unfortunately, Ledford, 33, didn’t survive the fire. His dog is being treated at Cincinnati’s Care Center, a critical care veterinary hospital, where she’s on a ventilator. "She’s doing OK. Considering what Carmen has been through we think she’s doing as well as can be expected," said Dr. Daniel Carey, a vet at the hospital. He said dogs on ventilators have a 50-50 chance of being able to return to breathing on their own. Carmen has shown promise in other areas — she’s mentally alert and shows no signs of neurological problems, Carey said. Things are still touch-and-go for her, and Ledford’s family has started a CrowdRise page to raise funds for her care. — Read it at CNN 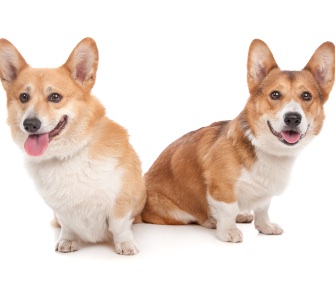 A week after a report that 88-year-old Queen Elizabeth II doesn’t plan to take on any more Corgis, the breed has been listed as “vulnerable.” The Pembroke Welsh Corgi joins the Cardigan Welsh Corgi and 28 other breeds considered vulnerable by the Kennel Club in Britain. Overall Corgi registrations have dropped 16 percent since 2013. Last year, 274 Pembroke Welsh Corgi puppies were registered with the club, so they didn’t meet the threshold of 300 to stay off the vulnerable list. There are differing theories for the Corgi’s fall in popularity, including that celebrities aren’t buying them; a ban on tail docking; and a lack of good breeders. — Read it at ABC News

Bambi, a 7-month-old Chihuahua, was born deaf. But his owner has found a way to communicate with him, through American Sign Language. Bambi now knows how to sit, spin, stand and beg on command — and he loves getting a thumbs-up and a treat as a reward, said his owner, Olivia Mark. Mark is hoping that her YouTube video of Bambi’s tricks helps potential adopters see that training a deaf dog isn’t as hard as they might think. — Watch it at People Pets